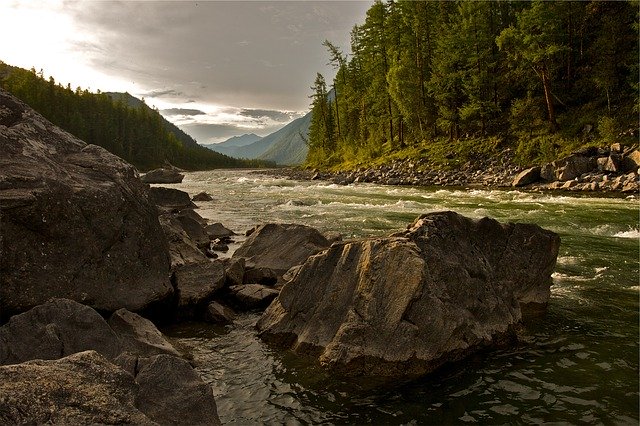 A river is an enormous regular stream of water streaming in a channel to the ocean, a lake, or another river. Rivers ordinarily contain freshwater. Rivers are found on each mainland and on almost every sort of land. A river starts at a source, follows a way called a course, and finishes at a mouth or mouths. The entry where the river streams is known as the river bed and the earth on each side is known as a river bank. The development of water in a river is known as a flow. The flow is generally most grounded close to the river’s source. Rivers can stream down mountains, through valleys or along fields, and can make ravines or crevasses.